Finding Your Why – How I Motivate Myself to Exercise 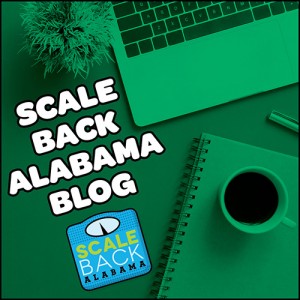 Have you ever stopped what you’re doing and said to yourself, “I can’t wait to work out and get paralyzed by lactic acid?” Me either! But I do have a laundry list of “motivators” that push me from the couch to the track, elliptical machine or walking path.

In no particular order, here are some of the “whys” to help me bust a move…

Science! There are tons of research that link exercise to a better, longer life. When I have an active lifestyle and a smart diet, I am reducing my risk of heart attack, stroke, diabetes, some forms of cancer and a whole lot of other things I’d like to avoid. My mom used to tell me, “It’s better to avoid a heart attack than try to recover from one!” She was right… as always.

Spirituality! My body is a divine gift. Failing to take good care of it is the equivalent of squandering a present that God gave me. In the film, “The Ten Commandments” some members of the tribes of Israel are freed from Pharaoh’s bondage, only to squander the gift and worship idols. When I’m exercising, I’m not wasting His gift.

Gratitude! In college, my stomach would fill with butterflies each afternoon as I dreaded the upcoming track team workout. I still get anxiety if a trip to the track is in my near future. But during the workout, I think about people who are physically challenged and would give anything in the world to be in my place. One day, age will prevent me being able to vigorously work out. I am grateful that time has not arrived just yet.

Competitiveness! I hate to lose at anything. Once my daughter reached a certain age, I stopped allowing her to beat me at Chinese checkers! (Now, I can’t remember the last time she didn’t whip me with several moves to spare). As a competitor in Master’s Track and Field, I run against other athletes my age. Our lifestyles between track meets are obvious on race day. Some runners have genetic gifts that get them to the finish line faster… but I refuse to lose because someone has a better work ethic or portion control.

Vanity! I know pride is one of the seven deadly sins… but when it was time to move my daughter out of her apartment, it felt good to need fewer rest breaks than the younger helpers. If I had a fashion stylist he/she would be never let me wear clothes from 20 years ago, but they’d still fit. Regularly burning calories is delaying my “Dad bod”.

I hope we all find the motivators that lead us to healthy lifestyles. In the meantime, I’ll see you in the produce aisle near the kale (for my smoothies) and please tell the younger runners not to laugh at the “slow geezer” as I’m making my way around the track. Good luck!

Scale Back Alabama (SBA) is a free, statewide wellness program for adults, ages 18 or older, who live in Alabama or work for an Alabama based organization. It is designed to encourage Alabamians to get healthy and have fun while doing it.

Scale Back Alabama is designed to address the state’s challenge with obesity; however, we caution individuals to check with their health care provider before beginning a new exercise or diet regimen.